Vlad formed VGmates, as an independent multicultural musical project, in 2017. Vlad is the composer, singer and multi-instrumentalist playing all sorts of wind instruments such as Irish whistle, Armenian duduk, kalyuka (Russian overtone flute), futujara, hulusi (traditional Chinese instrument) and recorder, as well as other instruments such as vargan and percussion instruments. Vlad’s dream is to try Scottish bagpipes, but he is mindful of the neighbours, so this stays as a dream only at this stage.

With her beautiful smile, passion for music, charming voice and open mind, Anya is the life of the party and inspiration of the band. She is a singer and guitar player with a bard music background so she brings both drive and lyricism into our music.

Vladimir plays guitar and is known for the most beautiful and sophisticated finger-picking. He is a big fan of Apple, so he connects his guitar through a network of iPhones, iPads, mixers and midi pedals. For this, in closed circles, he is also known as “shaman”. During concerts Vladimir always wears somewhat hard and grim look on his face, but don’t be fooled – he hides his kind and fluffy soul there.

Taras joined VGmates from Bugotak music band which played contemporary world music based on traditional Siberian folk. Besides being a proficient bass guitar player, Taras is a master of the unique vocal technique of Siberian throat singing (which looks and sounds pretty fierce). Taras loves heavy music and sometimes makes the most unusual covers on VGmates’ compositions in kyrgara-metal-core genre. From time to time it is hard for him to restrain his heavy metal background and he starts playing random stuff during the rehearsals until he notices puzzled looks on our faces. Taras knows all existing anecdotes and jokes about bassists and each rehearsal he broadens our knowledge on the subject.

Our drummer and percussionist, Viktor is in great demand and sometimes needs to clone himself to play both drums and percussions at the same time. Viktor is the quietest member of the band until it comes to drums. And it’s the quiet ones you got to watch, so beware, he produces sharp sarcastic comments invariably wearing impassive facial expression.

Alex plays percussion and even through he is not officially a band member, he never says “no” to an offer to play gigs with us. Alex also helps with photography and video.

Luna loves our rehearsals and if someone is late, she is happy to replace him 😉

New video – Time Is No More 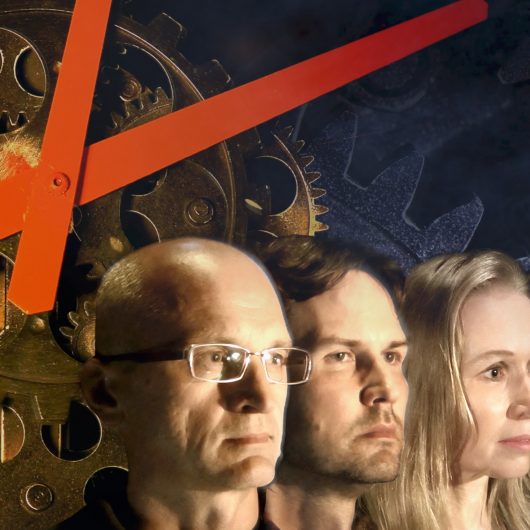 Time is no more, It flew right by, rushed to the past with a screech, time is no more...
Watch our new music video!